I have been getting good feedback from my black and white photos that have been at Scooter's Coffee at College and Antioch for a few weeks. Then last Sunday, we went to Waldo Pizza in Lees Summit and hung a number of large color photos with musical themes. They will be there for two months. Be sure to go in for some great pizza and see my photos.

If you have a business or public space that would be available for an art display, let me know. We can talk about it.
My photo of the old "Texas Top Hands" Flexible bus that I made while in Austin a few years ago was on the cover of the March issue of Johnson County Lifestyle magazine. This was their "arts" issue, so there was a feature about me and various arts organization in the area. The article about the Shawnee Mission Strolling Strings also featured my photographs.
I have been planning to update my primary web site for sometime now. I finally got it up and running this week. I will be turning off the old one soon. In the meantime, check out the new site at Mathis.Photography. Note that ".photography" is the upper domain name, not .net or .com or anything like that. Please take a look and let me know what you think. I am trying to make it cleaner and easier to navigate. I also added "Digital Art" to my name to better reflect the type of work I have been doing for the past several years.

Mathis.Photography
Posted by Jim Mathis at 9:56 AM No comments:

For example, I have owned about half a dozen Oldsmobiles including the gorgeous 1977 Ninety-eight above. GM came out with an ad campaigning declaring, "This is not your father's Oldsmobile," implying that the millions of Oldsmobile owners were all a bunch of old fogeys. They got the message and quit buying Oldsmobiles and a century old brand died, or more correctly, was killed by poor management and worse marketing.

A much better plan is to reward loyalty. This includes things like frequent flyer miles, discounts printed on cash register receipts for dollars off your next purchase and loyalty cards at grocery stores. When I managed a coffee house, we started a successful punch card system that made every tenth drink free. A coffee house I frequent gives your entire order free if you buy or add $25 to a gift card. This insures repeat business and rewards regular customers.
I have a published price list. New customers know what the cost will be, but I sometimes give discounts for loyalty to clients that I have been doing business with for several years. I would never give a discount to a new client that I would not give to a loyal client that I consider a friend. This just makes sense.


If you have old photos that need to be copied, saved or restored, please call. You will get a fair price and be certain that you are paying the same as the next person with the same requirements.

Posted by Jim Mathis at 8:35 AM No comments: 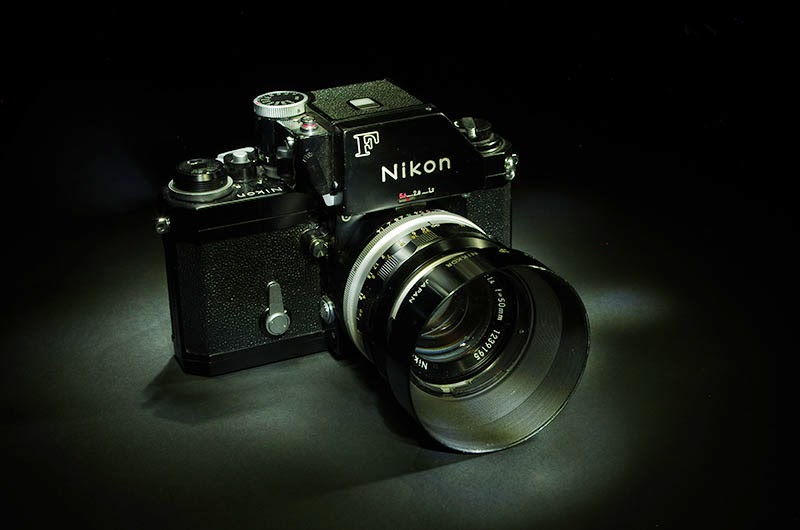 In the 1960’s and early ‘70s, Nikon ruled. Nikon claimed that 98% of all photographs in newspapers and magazines were made with Nikon cameras and few people contested that claim.

Many camera repairmen only worked on Nikons, considering other makes not worth fixing. Additionally, Nikon encouraged people who shot more than 500 rolls of film per year to have their cameras cleaned and adjusted annually. It was against this background that a major consumer magazine decided to run a test of 35mm cameras. They surveyed camera repair shops and compared the types of cameras they serviced against production numbers and concluded that Nikons were extremely unreliable and therefore unacceptable.

I first heard about this when a man came into the camera shop where I was working and said he didn’t care what kind of camera he bought as long as it wasn’t a Nikon because they were the worst. We all started laughing because we thought he was kidding. (We were the largest Nikon dealer in the area and sold mainly to professional photographers.) But he was serious having just read the review in Consumer Reports.

I was just out of college where I took a lot of statistics courses and I knew that wrong assumptions or wrong data can make you look pretty stupid. Consumer Reports numbers were right, but their assumptions and conclusions were exactly opposite of reality.

I think of this whenever I see a list of most reliable cars, best Bar-B-Que or best movies. Box office sales don’t make good movies any more than long service intervals make good cars. We are generally better off ignoring such non-consequential data, because each of us is different with different requirements. As the saying goes, “Your mileage may vary.”

I can’t tell you what percentage of my clients love their photos and which ones don’t, but I know I love what I do and I have been doing it a long time, and I have many thrilled customers.

If you have old photos that need to be copied, saved or restored, please call.
Posted by Jim Mathis at 8:33 AM No comments: