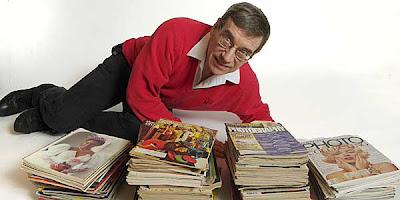 I bought a truck load of old photography magazines a few weeks ago. Being a bit of a history buff and especially the history of technology, I have been enjoying reading the articles from the time that digital photography was being introduced through the transition from film to digital.

The month I put all of my 35mm Canon equipment on eBay, because digital had finally passed film in quality, the cover story in Popular Photography was “89 Color Films Compared.” Amazing. The tipping point was a pro-quality 5-meg camera with a lens developed especially for digital, priced under $2000. That was in 2001.

The first automobile fuel injection systems were so bad that GM (after doing the initial development work) gave them to Bosch in Germany because GM thought that fuel injection would never replace carburetors. AT&T invented cell phones and then gave away the technology because they didn’t see any commercial potential. Kodak invented digital photography, but didn’t pursue it because they were in the film business. Kodak had previously passed on the system that would become Xerox because it didn’t fit their idea of photography, so they hadn’t learned their lesson.

It took a relatively long time for digital photography to take hold because the first digital cameras were so bad that many “experts” didn’t take them seriously.

However professional and other serious photographers who have taken the time to learn the nuances of digital and the subtle skills of software like Photoshop, have benefited greatly. We can now do things with digital cameras and Photoshop in minutes that it took hours or even days to do with film and chemicals. I know, I owned a successful custom photo lab for 23 years. Many of those darkroom skills I have transferred to the computer and digital imaging.
Posted by Jim Mathis at 11:30 AM No comments: