"Mama Don't Take My Kodachrome Away"

This week the Eastman Kodak Company announced the end of Kodachrome. Kodachrome film was introduced in 1936 as the first successful color film. In 1986, my wife and I attended a celebration in Rochester, NY marking the 50th anniversary of the introduction. 1936-2009, 73 years is a good run for any product.

I shot my first roll of Kodachrome in about 1960 and carried on a love/hate relationship with it for the next 35 years. Its color was garish, the exposure was ultra-critical, and the processing extremely specialized, but it was still the best color film we had for many years.

I have slide cabinets full of gorgeous Kodachrome slides made primarily in the 70’s and 80’s. But I have also thrown away thousands of slides that were over or (mainly) under-exposed. Getting the exposure right was a real pain, and you never knew how you did until, a few days later, when the little yellow boxes came back from the Kodak labs in New York, Chicago, or Dallas.

Bracketing, which is a technique of shooting various exposures of the same subject to make sure that you have one at the correct exposure, became routine among pros using Kodachrome.

This week I sold two slide projectors and 25 slide trays on Craig’s List. I kept back one projector and two trays just in case I ever needed them. But, basically it is the end of an era. Digital imaging is clearly superior as far as I am concerned. (The only down sides are questions of archiving and the fact that the quality of the image of digital projectors are not yet as good as projecting a Kodachrome slide with a professional slide projector.)

Kodachrome is now part of our heritage. In the future us old-time photographers will set around old-folks homes and talk about our struggles and victories with Kodachrome and its much maligned brother, Ektachrome. I am looking forward to it. I have the slides to back up my war stories.
Posted by Jim Mathis at 9:18 AM No comments:

The Art of the Car 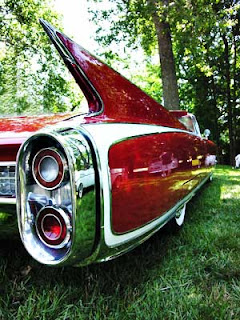 The Kansas City Art Institute’s Art of the Cars Concours was this weekend. About 180 gorgeous cars were on display on the lawn of the art school. As a photographer and car lover, I had a great time walking around, chatting with car owners and enthusiasts and making photos.
The interesting thing about photograph as a hobby is that it is nearly always tired to another hobby. People photograph their pets, their coin collection, birds, cars, or just about everything else that interests them. I would be impossible to be a photographer and not be interested in other things because you wouldn’t have anything to photograph.
The bulk of my professional work is photographing people because I love people. But as a hobbyist, I like all kinds of thing – and cars are certainly high on that list.
To see my photos from the Art of the Car, 2009, CLICK HERE.
Posted by Jim Mathis at 7:17 AM No comments: